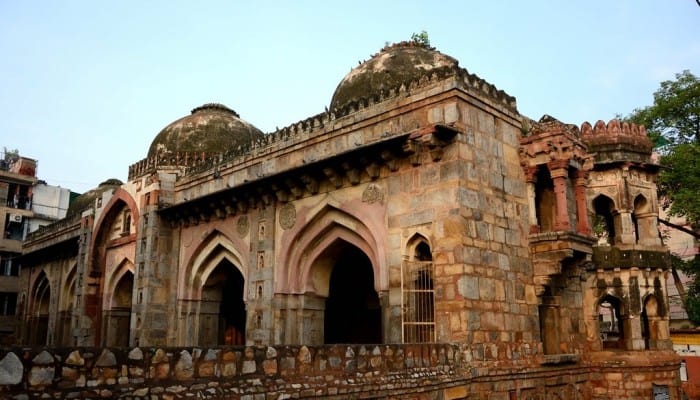 Moth Ki Masjid is situated within the Masjid Moth Village. It is surrounded in front by the urban, residential, and commercial settlements of South Extension Part II in South Delhi and close to Uday Park.

What is Moth ki Masjid famous for?

This masjid is famous for its beautiful structure and unique history. But today, very few people know this mosque, with very few visitors.

Moth Ki Masjid was constructed within the fourth ancient medieval city of Delhi under the reign of the Delhi Sultanate. It was built in 1505 by Wazir Miya Bhoiya, a Prime Minister at the Royal Courts of Sultan Sikandar Lodi, aka Nizam Khan, the second ruler of the Afghan-Lodi dynasty.

Why is it called Moth ki Masjid?

Moth Ki Masjid, which means ‘Mosque of a Lentil seed,’ has many legends about how the name come about.

But however, it came about it is today known as ‘Moth Ki Masjid’ or the ‘Mosque of a Lentil seed.’

The architecture of Moth ki Masjid

Open: All days of the week

Visiting timings: From sunrise to sunset