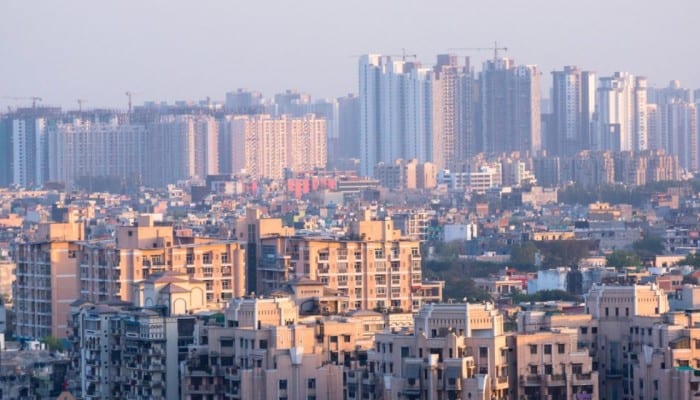 Historically, Delhi was a district of the province of Punjab during the British Raj stretching from the Yamuna River in the East to the Indus River in the West. The Gigantic Plains along with the stretch of the ancient Aravalli Hills bordering the Capital City lends a prominent feature to the City’s geography and graffiti.

Delhi has seen numerous changes in terms of its infrastructure and expanse in area that spreads from Narela situated on the northern end to Badarpur on the southern end with Najafgarh situated on the extreme western point and Seemapuri on the extreme eastern point including areas like Bhajanpura and Shahdara that joins at the city’s eastern ends. Areas that encompass the National Capital Region of Delhi expand from the southern and eastern borders of Gurgaon, Noida, Greater Noida, Faridabad and Ghaziabad.

In fact the main area of Delhi depicts numerous variations as seen it its extreme southern point ending in Saket (South Delhi area) and the northern point ending at Jahangirpuri. The western limit ends at Janakpuri and Dwarka sub-city while the Yamuna River segregates the eastern area of Delhi and is well connected with expressway bridges and the recent Delhi Metro Link making commuting very easy and accessible to all. It is also noticed that the major chunk of Delhi including ‘New Delhi’ falls on the western side of the Yamuna River.

Statistics denote that Delhi has seen a tremendous growth in its population rising at the rate of multiples of 9 times over these 5 decades due to which it is considered as the fastest growing metropolitan city in India. Owing to this growth, all entire fleet of public transport that include buses and taxis run on CNG (Compressed Natural Gas) and thus contributes to a cleaner and pollution free environment.

This growth has also encouraged Delhi to expand its borders encompassing a wide area of 30,242 sq. km. covering parts of Gurgaon, Noida, Faridabad and Ghaziabad. In order to maintain and cover the administration and up keep of the entire city plus the National Capital Region, the Delhi Municipal Corporation or ‘MCD’ has divided the City into different Areas or Zones that constitutes of East Delhi, West Delhi, North Delhi, South Delhi, Central Delhi and NCR of Delhi. The Government has also ensured that each area or region is constructed to encompass a commercial and residential area that is well kept and connected to all the parts of the City.