A Guide to Mehrauli – A Delhi Neighborhood With An Electric Past 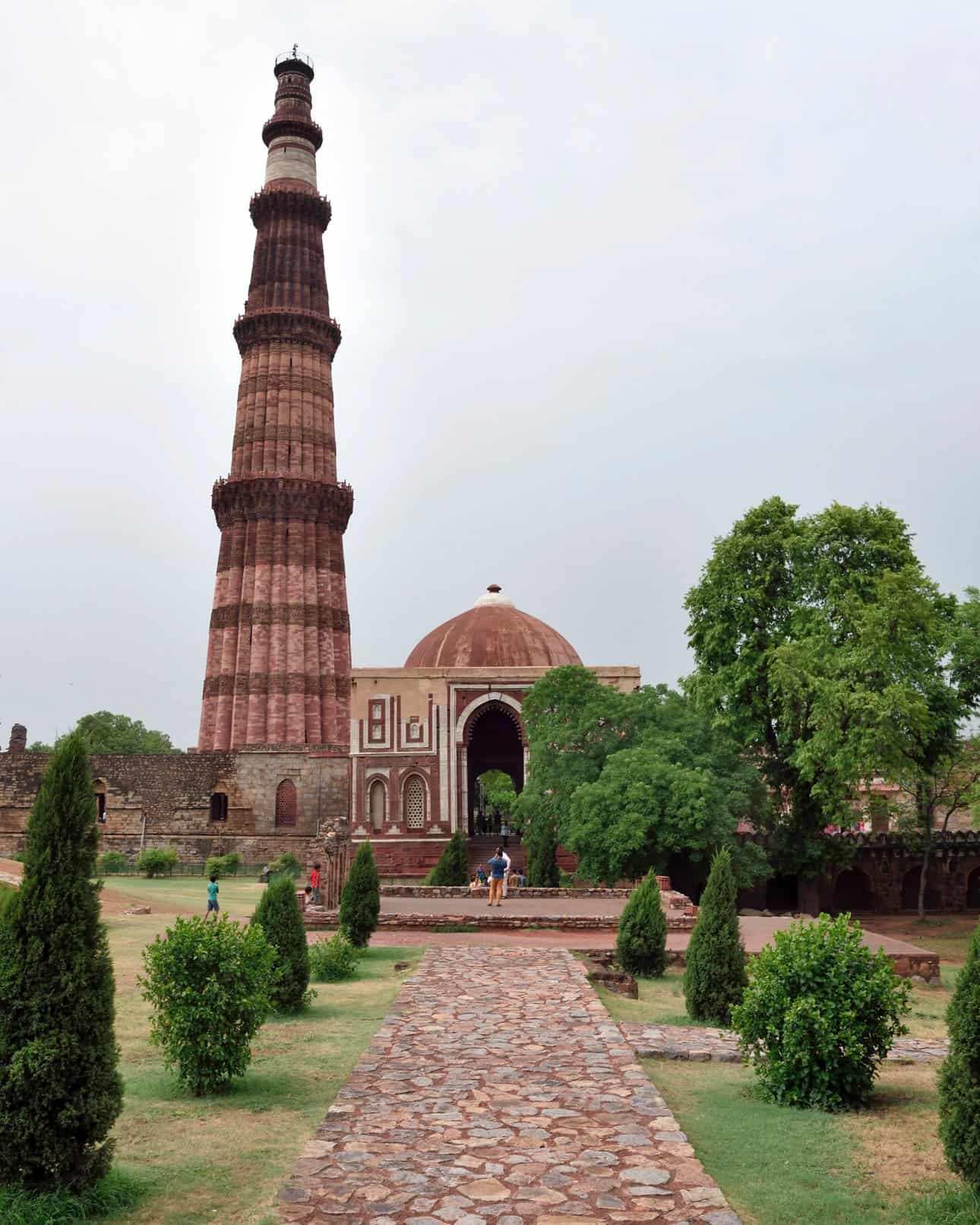 Delhi is built on the rocks of its history, and the most important pillars of Delhi are its forts & different cities. Delhi is known for its seven cities & Mehrauli is the oldest of them all. Therefore, it has majorly influenced the architectural patterns of the other parts of Delhi.

What is Mehrauli famous for?

Mehrauli is the best place to relive the various legends of the Delhi Sultanate, from the first sultan, Qutubuddin Aibak, to Ibrahim Lodi, the last. Though Mehrauli is like any ordinary neighborhood today, its past is what distinguishes it in terms of architecture.

It is famous for the Qutb Minar complex, a UNESCO World Heritage Site, and the venue for the annual Qutub Festival. The place and its mesmerizing architecture lead one to the fascinating history with the stories of slaves who climbed the ranks to found the Mamluk dynasty that ruled much of the subcontinent.

The Mehrauli Archaeological Park, a famous historical site, is another primary reason this area attracts visitors.

Location & How to Reach

Who built the city Mehrauli & When?

Mehrauli was built over decades by numerous dynasties. First populated in the eighth century, Mehrauli was one of the original cities that later became the city of Delhi. It was founded and named after King Mihir Bhoja of the Gurjara-Pratihara Dynasty and is situated on the outskirts of Delhi.

Other names of Mehrauli

Places to visit in Mehrauli

Mehrauli is distinguished by its historical past and showcases exquisite monuments and architectural insights. Although the capital was shifted from this region to Siri during the Slave Dynasty, the other Dynasties who once ruled this place have definitely left a distinctive feature in terms of the architecture in this region.

Rectangular in plan, this is the largest and most ornamented of all the three baolis in Mehrauli. It is a famous stepwell in Mehrauli Archaeological Park of Delhi. The enclosure of Rajon Ki Baoli also includes a mosque and a tomb.

The name Rajon Ki Baoli is derived from the ‘Rajbirs’ or ‘Mistris’ – the term used for masons. It got its name in the early 20th century because of the masons that moved in permanently into the area. This Baoli was constructed in 1506 AD during the reign of Sikandar Lodhi.

Why was it built?

It was built with the primary purpose of storing water in those days. However, it is scorched and renamed Sukhi Baoli or Dry Step-well today. Despite being dry, it does not lose its beauty and charms the visitors with its vision.

How many levels are there in Rajon ki Baoli?

It has a series of steps forming four stages, each in descending size, with floors at each stage leading to the water level from the surrounding ground level. With each step, there are more verandahs at each level; each succeeding underground level is much cooler than the previous one.

It is located in the Mehrauli Archeological Park, Mehrauli Village. The nearest metro station is Qutub Minar on the Yellow Line. From there you can take autos or taxis.

As the name Gandhak implies, the water in the step well has sulphur content and hence smells of sulphur fumes, and the water is said to have curative quality.

It is believed to have been built during the early 13th century when Sultan Iltutmish of the Slave Dynasty ruled over Delhi.

How many levels are there in Rajon ki Baoli?

It has a simple plan with five stages or floors at each stage, in a taper-down fashion, with steps leading to the water surface at the lowest level. The stairway here is about 40 meters long and 12 meters wide. On each floor, there are ornate pillared passages. The desilting operations carried out by ASI in 2004- 05 have resulted in the recuperation of the water in the well to a depth of 12m.

Gandhak ki baoli is located at one extremity of the Archaeological Park, about 200m from Rajon ki Baoli.

Explore more about this tower here.

What is the iron pillar famous for?

What is the history of the iron pillar?

Spanning an area of more than 200 acres, the site displays the rich heritage of India, starting from the Pre-Islamic to the Colonial phase. Mehrauli Archaeological Park accounts for several historically significant monuments, including the remains of the first city of Delhi, the capital of the Tomar rulers in the 11th century. It consists of over 100 historically significant monuments. Some notable monuments are Balban’s Tomb, Rajon ki Baoli, Gandak Ki Baoli, Dargah of Qutubdin Bakhtiyar, and Bagichi ki Masjid. It is the only area in Delhi known for 1,000 years of continuous occupation.

The redevelopment of the area as an archaeological park and conservation of essential structures started in 1997 in collaboration between Delhi Tourism and Transportation Development Corporation, the State Department of Archaeology, the Delhi Development Authority (DDA), and the Indian National Trust for Art and Cultural Heritage (INTACH), which first started systematic documentation of structures in the area and also started conducting heritage walks since 2000.

Over the years, INTACH has restored some 40 monuments in the Park and added signages, heritage trails, and sandstone trail markers.

Is there any ticket to enter this Park?

Who was Qutbuddin Bakhtiar Kaki?

The Mausoleum or Dargah of Khwaja Qutbuddin Bakhtiar Kaki, a 13th Century Sufi Saint and scholar of the Chishti Order, is situated near the Qutub Minar Complex and is also a venue for the ‘Phoolwalon-Ki-Sair’ Festival celebrated every year.

The Dargah Complex also houses the graves of Mughal Emperors; Bahadur Shah I, Shah Alam II, and Akbar II, which are situated in an adjacent marble enclosure.

The Moti Masjid [Mosque], constructed for private prayer by Mughal Emperor Bahadur Shah I, is situated towards the left of this Dargah.

His Mausoleum, built in 1536 AD by Humayun, is situated adjacent to this mosque.

What is the story of Jamali Kamali?

Shaikh Fazlullah or Jalal Khan or Jamali was a saint and poet who resided in the region between the reign of Sikandar Lodhi and Humayun. The tomb has two graves, one of Jamali and the other of Kamali, and it is unclear who Kamali was.

There is a strong legend of this place being haunted by Djinns.

As one of Delhi’s oldest “cities,” Mehrauli has seen dynasties fight for her, like someone fighting for their beloved. Mehrauli village has survived and thrived as a spiritual center, a trading post, and a wholesale market. It is now among the favorite destinations for the city’s elite to buy couture wedding wear.

Mehrauli, specifically Kalka Das Marg, opposite Qutub Minar, is now home to some of the most prominent designers in the country. You will find Gazal Gupta, Tarun Tahiliani, Sabyasachi, Anita Dongre, Kayra, Rimple & Harpreet Narula & other famous designer stores here. There are also numerous multi-designer stores like Carma, giving you many options under one roof.

Besides the architectural delights and the market to visit, Mehrauli is a well-planned region with its residential complex with schools and hospitals situated nearby. The Jawahar Lal Nehru University and the Indian Institute of Mass Communication are a few of the several other educational institutes in this area.

Mehrauli is a place that engrosses historians, archaeologists, pilgrims, traders, and tourists, and it never ends up fascinating its visitors.