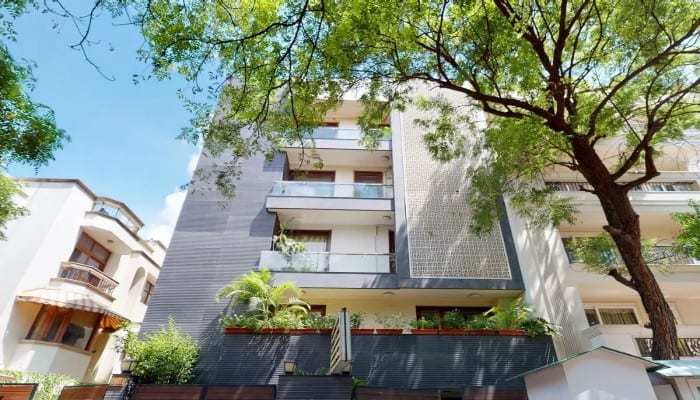 Vasant Vihar is known as a posh locality that homes diplomats of all countries and an upscale, high and rich class of business families. This region was carved out of the Villages of Munirka and Basant Gaon which was acquired by the government during the 1960s and sold to rich and affluent businessmen. This region is situated in close proximity to R. K. Puram and premier educational institutes like JNU, NIFT and IIT. It is also situated in close proximity to the diplomatic area of Chanakyapuri as well as the IGI Airport and the business hubs of Gurgaon.

Vasant Vihar lies on the northern edge of the Aravalli Hills that was known to hold a rich reservoir of natural ground water, farm lands and dense forests that once was home to a vibrant wildlife population of Neelgai, Jackals, Foxes, Lizards, Peacocks and Weaver Birds. Today, the region witnesses only a few population of Peacocks and the Neelgai that live within the existing Biodiversity Park situated in this zone while most of the wildlife is non-existent due to rapid urbanisation and modern developments. Munirka Marg, Paschim Marg and Poorvi Marg are the three main roads connecting each other in the shape of a triangle that encloses the entire town of Vasant Vihar.

Vasant Vihar is definitely known as one of the most expensive residential areas in the world and homes plush shopping malls such as the Emporia and DLF Promenade. One of the most popular crowd hang out joint is known as the Basant Lok Market or Priya Cinema Market that homes a Multiplex and numerous branded showrooms, high class fashion boutiques, World Class Restaurants and eating joints, Coffee Shops, Lounges and the Vasant Continental 5 star Hotel.

Vasant Vihar also houses the Holy Angels Hospital. The Uttara Swami Malai Temple situated on a small hillock lies at the edge of this region across the outer Ring Road. This area is home to a historic church as well as a few monuments dating back to the Mughal period.

Vasant Vihar is easily accessible from all parts of the City. Taxi cabs and auto rickshaws are easily available on hire to arrive at destinations in / around and to / from Vasant Vihar to other places in Delhi. The Delhi metro offers a comfortable way to commute to this region with Chhattarpur or Qutub Minar Complex as one of the nearest Metro Stations. Please note that metro trains will not stop at the Chhattarpur Metro station initially as this station is likely to be opened to the public only from August 2010 and onwards, hence, in the interim, visitors can make use of the public transport, taxis or auto rickshaws in order to commute to / from or in / around this region. The Indira Gandhi International Airport (DEL) is located approximately 13.2 Kms or 23 minutes away while the New Delhi Railway Station is 13.6 Kms or 32 minutes away and the Old Delhi Railway Station is 35 Kms or 14.6 minutes away.