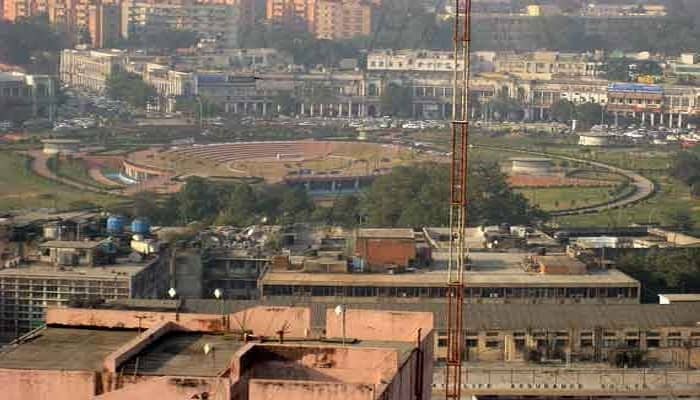 The District of Central Delhi is bounded by the Yamuna River on the east with the other eight districts of the city surrounding this region respectively. It was carved as one of the nine districts of NCT or the National Capital Territory since 1931 and covers an area of 25 Sq. Kms. with a population of over 6.5 lakhs.

Central Delhi is the most significant region in Delhi due to its ancient past and for housing the Seat of the Government of India. It is known as the heart of India and the Imperial Capital that was created by the British Empire as the Seat of the British Government in the Country. The initial capital of the British Raj was Kolkata [formerly known as Calcutta]; however, the British government decided to move their capital to Delhi in 1911 and for this very reason carved the City of New Delhi as their Imperial Seat. It holds several masterpieces of the British Empire during their reign that were designed by Sir Edwin Lutyen and hence showcases their exquisite architectural brilliance which have been maintained and preserved very well even to this day.

Central Delhi is home to the famous Rashtrapati Bhavan, Raj Path and India Gate, National Museum and the ever crowded Connaught Place thriving with commercial, entertainment and business centres. It also includes Shahjahanabad or the walled city that had once served as the capital of the Mughal Dynasty and hence houses ancient monuments like the Old Fort, Jama Masjid and Mosques. It also homes the ancient Observatory named Jantar Mantar and a British monument like the St. James Church.

A tour of Central Delhi will offer tourists and visitors a glimpse of the central panorama of Rajpath along with its adjacent Impressive Grand buildings, the Parliament House, the North and South Block and the Presidential Mansion that elegantly stands on top of Raisina Hill. The zone of Lutyen’s Bungalow is also considered as a heritage site and exhibits massive bungalows and well maintained lush green lawns.

Central Delhi is not only an archive of the Mughal and British architecture and buildings but also houses several shopping arcades, clubs, bars and recreational centres where visitors can unwind. You can also enjoy a relaxing evening at the lawns of India Gate or enjoy boating in its artificial lake which will leave you completely rejuvenated.

If you wish to grab a bite or enjoy a hearty meal, then, Central Delhi offers you a range of eating outlets, International standard Restaurants and Street Stalls that serves an array of International cuisines, Pan Asia and Indian cuisines, snacks and local delicacies and beverages like coffee, tea, soft drinks, mocktails and many more. This region also homes a number of branded car showrooms, Hotels and even general stores and local shops that retail everything right from small commodities to large ones for your daily needs and pharmacies for your medication requirements.

Central Delhi encompasses Connaught Place [which is a sub district of New Delhi], Lodhi Gardens and Willingdon Crescent. To know more about Central Delhi, please click on the links below.

The other main Areas under Central Delhi have also been mentioned below with links for your convenience.