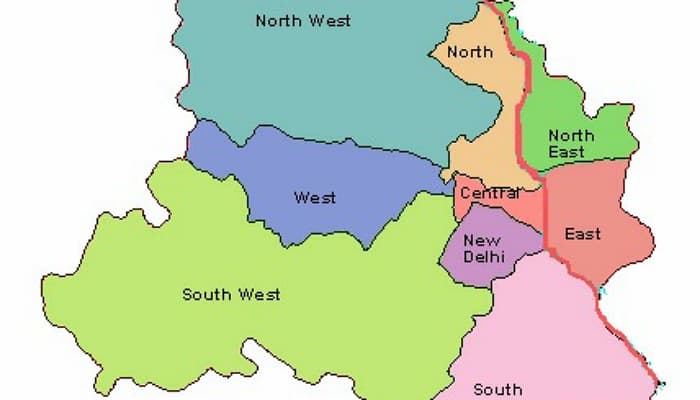 North West Delhi is one of the one administrative districts of the National Capital Territory of Delhi. It is flanked on the east and southeast by North Delhi; on the south by West Delhi; on the west by the Jhajjar district of Haryana; on the north and northwest by Sonipat district and on the northeast by Ghaziabad district [Uttar Pradesh] and the Yamuna River.

The administrative duties and responsibilities such as Conduct of elections, Issue of various statuary documents, Land acquisition, Magisterial matters, Registration of property, Relief and Rehabilitation, Revenue courts and so forth are managed by the Deputy Commissioner, whose responsibility is to ensure the systematic and proper running of this District and needs to report to the Divisional Commissioner. The Head offices of the Additional District Magistrate and the Deputy Commissioner of North West Delhi are situated in Kanjhawala.

North West Delhi District is heavily populated with over 28.5 lakhs inhabitants who reside in a massive expanse of area covering 440 Sq. Km. This region also forms an important part of the commerce and business establishments in Delhi. It homes a number of Corporate Firms and Industrial Areas that makes this region an integral part of the economic division of the City.

The District of North West Delhi is further divided into three sub districts that include Narela, Model Town and Saraswati Vihar. Rohini is one of the oldest sub cities in Delhi located in this district while small towns like Bawana, Alipur and Badli Industrial Area also form an integral part of this District. Other towns that fall under the constituency of North West Delhi are Mundka, Nangloi, Sultanpuri and Mangolpuri.

Alipur is a census town situated in the North West district of Delhi and is flanked by areas like Azadpur, Bawana, Narela, Nangloi and Shakurpur. It homes a population of 16,623 residents with an average literacy rate of 68%, considered comparatively higher than average National literacy rate of 59.5%. It also homes the Swami Shraddhanand College, which a constituent College of the University of Delhi.

The Badli Industrial Area is one of the significant parts of the Industrial areas of Delhi. It is situated near the Delhi Technical University in the Badli Village region which falls under the constituency of North West Delhi. Badli is also close to the National highway – 1 and encompasses 16 villages. It is bounded by Rohini on the east, Samaypur on the west and the outer Ring Road that forms the northern boundary of this Village. Badli also homes the Delhi College of Engineering or DCE and DEC in short, which is a renowned engineering college situated on Bawana road. The Sanjay Gandhi Transport Nagar is also located in close proximity that is known as the Hub of Automobile Dealers in Delhi.

North West Delhi is also famous for its posh shopping arcades and entertainment zones with many residential blocks and high rise buildings which have been constantly improving the economic standards of this area. This region has rapidly progressed and has witnessed substantial economic growth in recent years that has significantly contributed towards the overall growth and development of the Capital City of India.

Please click on the links below for more information about the three sub districts of North West Delhi.

The other Areas under North West Delhi have also been mentioned below with links for your convenience.