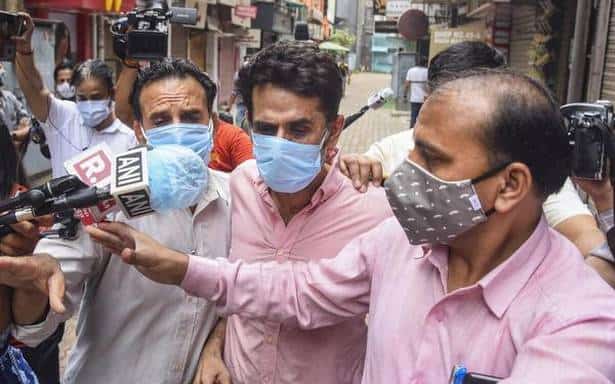 The businessman, accused of black-marketing the critical medical device, was nabbed from Gurugram on May 16 and formally arrested the next day

A Delhi court on Saturday granted bail to businessman Navneet Kalra in a case pertaining to the seizure of oxygen concentrators from his upscale restaurants, including Khan Chacha.

Chief Metropolitan Magistrate Arun Kumar Garg has directed the accused not to contact the customers to whom he had sold the concentrators, not to tamper with evidence or influence the witnesses, and join the investigation as and when called by the police.

During a recent raid, 524 oxygen concentrators, which are a crucial medical equipment used for COVID-19 patients, were recovered from Khan Chacha, Town Hall, and Nege & Ju restaurants owned by Mr. Kalra.

The businessman, accused of black-marketing the critical medical device, was nabbed from Gurugram on May 16 and formally arrested the next day. He had been on the run ever since the police raided his restaurants and seized the medical devices. A court had later sent him to judicial custody till June 3.

During the course of hearing on the bail plea, Additional Public Prosecutor Atul Shrivastava, representing the Delhi Police, told the court that the businessman committed a white-collar crime and made profit by selling medical devices at exorbitant price to those on death beds.

Mr. Kalra’s lawyers, senior advocate Vikas Pahwa and advocate Vineet Malhotra, opposed the contentions of the police and said that their client is being made a scapegoat and had no criminal intent to cheat people as he sold the oxygen concentrators to merely help family and friends.