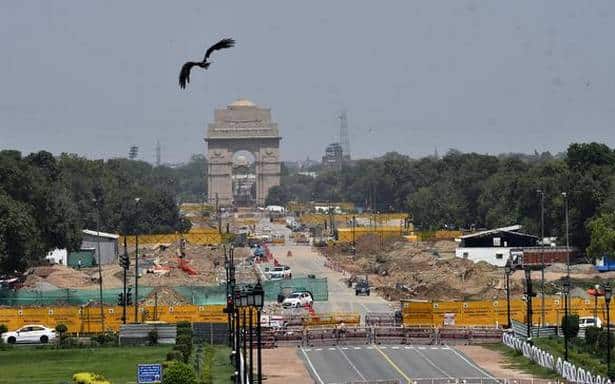 The Delhi High Court on Monday dismissed a petition seeking to halt construction activities related to the Central Vista Project in view of the recent surge in COVID-19 cases in the capital. The court also imposed costs of ₹1 lakh of the petitioners.

A Bench of Chief Justice D.N. Patel and Justice Jyoti Singh reserved the verdict on May 17 after hearing both sides of the parties.

The Centre has opposed the plea saying that it was a “facade” and a “disguise” in the form of a public interest litigation (PIL) petition to stall the project which they always wanted to stop.

Solicitor General Tushar Mehra, representing the Centre, had argued the public interest question raised by the petitioner in the case was “very selective”. He said the petitioners did not seem to care about the workmen of other construction activities going on the city.

Meanwhile, the Delhi Disaster Management Authority on Saturday allowed construction activities within their worksites outside the containment zones during the curfew period, which was extended in the city for another week.

Before the High Court, the petitions by Anya Malhotra, who works as a translator, and Sohail Hashmi, a historian and documentary film maker, have argued that the Central Vista project was not an essential activity and hence, it could be put on hold for now during the pandemic.

Senior advocate Sidharth Luthra, appearing for the petitioners, had argued that his clients were only delivering a message of health and safety for the people of Delhi and if the government could not see it, then it was a “sorry reflection” of their concerns for the lives of the citizens.

Mr. Luthra referred to the ongoing project work as not Central Vista, rather “central fortress of death”, comparing it to “Auschwitz”, a German concentration camp during World War II.

Solicitor General Mehta had expressed displeasure with the comparison, saying one could criticise and be venomous about it, but such terms should not be used in court.