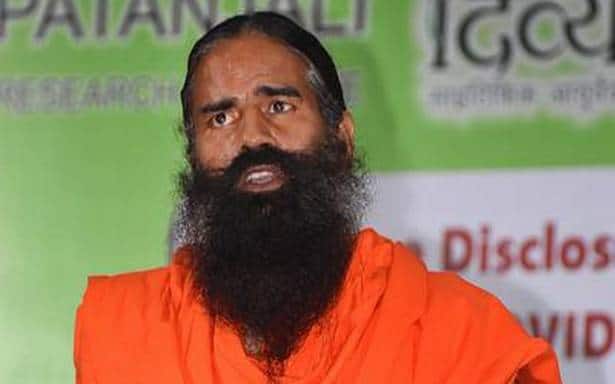 Plea accuses him of making statements against allopathic medicines and claiming Patanjali’s Coronil kit is a cure for COVID-19.

The Delhi High Court on Thursday issued summons to yoga guru Ramdev on a plea accusing him of making statements against allopathic medicines and claiming Patanjali’s Coronil kit is a cure for COVID-19.

Justice C Hari Shankar was of the view that the statements made by Mr. Ramdev was his “opinion”, which falls under the right to freedom of expression under the Constitution. “I don’t think your allopathic profession is so fragile…I think it comes within Article 19(1)(a),” he said.

The court’s remarks came while hearing a suit filed by the Delhi Medical Association (DMA) against Mr. Ramdev’s statement.

It said, “There are institutions in place to check the false medical claims or magical remedies. There is a protocol in place. So you cannot say here is matter for the court to interfere. First of all I, or this court, is no one to say whether Coronil is a good or bad medicine. Whether allopathic treatment or ayurvedic treatment is better, I don’t know. These are matters which needs experts”.

On being asked by the court as to how did his statement affect the association, senior advocate Rajiv Dutta, for the DMA, said it affected because this medicine (Coronil) did not cure coronavirus and this was a suit for civil rights of doctors. The authorities to whom the association had complained have “done nothing” till now.

“He [Ramdev] is saying you have caused the death of these people. You have killed these people through your medicine. This man has a lot of following,” the senior counsel said.

The court said, “Ramdev is a person who doesn’t have faith is allopathy. He believes everything can be cured by Yoga and Ayurveda. He may be right or wrong”.

Senior advocate Rajiv Nayar, for Mr. Ramdev, raised preliminary objection on the maintainability of the plea.

Mr. Dutta argued that the Ayush Ministry had made a statement that Coronil was not a cure for COVID-19 and could not be advertised as such and had also asked Patanjali to give details after which Mr. Ramdev had clarified that it was an immunity booster.

Patanjali had made ₹25 crore from Coronil sales, after it was touted as a cure for COVID-19 and that he had a vast following in the country, he stated.