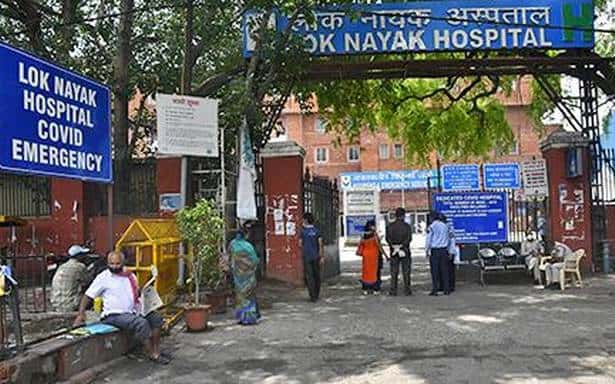 The Capital on Monday reported the lowest number of COVID patients being hospitalised in the last two months — over 10 times lesser compared to the peak of single-day hospital admissions recorded towards the end of April.

At 182, single-day COVID hospital admissions were the lowest on Monday compared to 294 on April 1 during the ascension of the second wave in the city.

According to Delhi government records, 44 COVID patients were admitted to hospitals and 34 discharged every hour during the 61-day upsurge of the second COVID wave. Officials said the second wave seems to be at an end.

As the second wave got more virulent on a daily basis, it had peaked at 1993 admissions on a single day on April 29 when the total number of hospital beds in the city stood at 21,152.

After a slight increase on May 25, with 388 admissions compared to 382 on May 24, the number of hospitalisations has been consistently going down for the last 4 days.

COVID admissions to hospitals had, so far, remained in three digits only between April 1 and April 12 when 932 admissions took place; starting with 1218 admission on April 13, daily admissions remained in four digits for the next 33 days before slipping to 952 as recently as May 16.

However, in what government officials believe is testament to the fact that the second wave has receded almost entirely from the city, hospital admissions have remained in three digits till May 31 and the number of those being discharged — as many as 1,043 on May 21 compared to 638 admissions — has not only caught up but is sometimes close to, if not more than, twice the number of daily admissions.