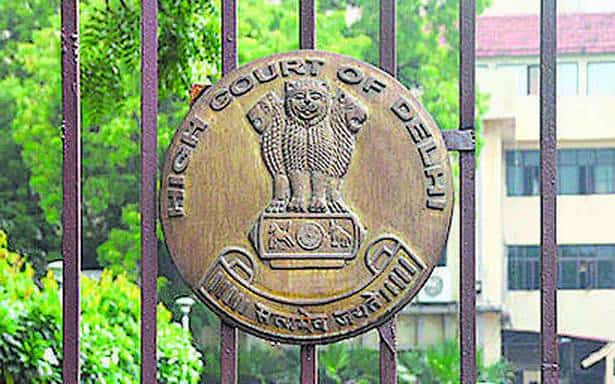 Jamia Millia Islamia student Asif Iqbal Tanha has undertaken to bear all charges and expenses to be incurred there, including lodging and food

The Delhi High Court has granted interim custody-bail to Jamia Millia Islamia (JMI) student Asif Iqbal Tanha, arrested in a case related to the northeast Delhi riots last year, for two weeks to stay at a hotel in New Delhi for studying and appearing in exams scheduled from June 15.

A Bench of Justices Siddharth Mridul and Anup Jairam Bhambhani noted that it is imperative for Mr. Tanha to sit in his three remaining backlog or compartment examinations to complete his B.A. (Hons) (Persian) programme and said he be released on interim custody-bail on the morning of June 13 and shall be brought back to prison by guards on the evening of June 26.

As agreed by the counsels for the State and Mr. Tanha, he will be staying at a hotel in Kalkaji in New Delhi under the custody of two prison guards deputed by the Jail Superintendent.

Mr. Tanha has undertaken to bear all charges and expenses to be incurred there, including lodging and food.

“During the period of interim-custody bail, the applicant shall not invite to the said facility any visitors or guests, including family members, friends, classmates or any other person,” the Bench said.

As the exam would be conducted online, the court asked Mr. Tanha to arrange for a laptop and basic mobile phone along with a dongle for internet connection through a pairokar (representative pursuing his case) which will be first checked by the police officer concerned and then delivered to him.

The court also allowed Mr. Tanha to make a phone call to his family or counsel for 10 minutes once a day during his stay at the hotel.

Mr. Tanha has been directed by the court not to use the devices for any other purpose except studying and also not to erase or tamper with browsing history on the laptop or SMSes and call records of phone.

“It is clarified that even before the commencement of interim custody bail, the applicant is permitted to receive all books and reading/study material, as he may consider necessary, through the Jail Superintendent, after being checked as per usual procedures.

“During the period of interim custody bail, the applicant shall be entitled to receive all books and reading/ study material that he may require for his examinations, at the said facility, which would be delivered to him after being checked by the SHO, Police Station Special Cell, and unless there is compelling reason to do otherwise, the SHO shall permit all such books etc. to be handed-over to the applicant with due expedition,” the court.

In December last year also, the high court had granted a similar relief to the accused by directed the jail authorities to take him to a guest house to enable him to study and appear in exams.

Mr. Tanha was arrested on May 19 last year in the case for allegedly being part of a premeditated conspiracy in the riots.

Communal clashes had broken out in northeast Delhi on February 24, 2020 after violence between the Citizenship (Amendment) Act supporters and its protesters spiralled out of control leaving at least 53 people dead and around 200 injured.