Few Covaxin slots available, getting a second dose a task 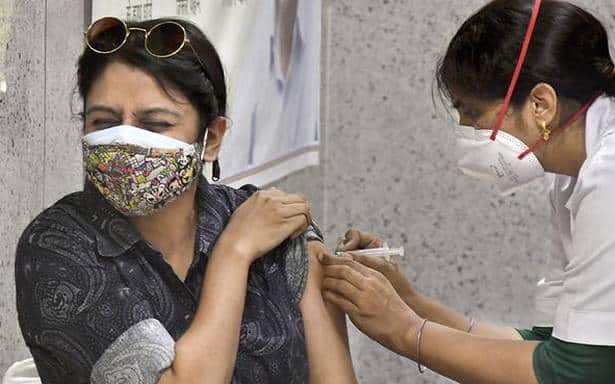 Several people who are due to get their second Covaxin shots are finding it difficult to book slots due to a limited supply of the vaccine in the national capital.

Many of them have taken to social media to raise concerns over whether the first dose would be effective if the second dose is not administered within the stipulated period.

Sanoop Krishnan (32), a nursing officer at the LNJP hospital, said the due date for his second dose was on Monday, but he did could not book the slot. “I had taken the vaccine on May 3. Later, I got a message that my due date was May 31. I have been trying to book a slot for the past two days, but nothing is available. The Central government should have purchased the vaccines instead of asking States to buy themselves,” the nurse said.

Mr. Krishnan added that as a healthcare worker, he was hopeful of getting the second dose on time. But, he feels, that the general public would face even more difficulties.

South Delhi resident Geetika Sengupta said the 42-day period between the two doses was already over and she had still not managed to book a slot.

“When I asked at the hospital where I took the first shot, they informed me that vaccines were not available. I was told that several others like me are awaiting their second dose. The hospital said there was a possibility of vaccines being available after June 15, but there was no confirmation on the same,” said Ms. Sengupta.

Delhi has been facing a shortage of vaccines. Free vaccinations drive for the 18-44 age group — both Covaxin and Covishield — are not being conducted at government schools for over a week now, as per an official bulletin.

Taking to Twitter, several people questioned the efficacy of the first dose if the second one was not administered within the specified period.

Tagging Chief Minister Arvind Kejriwal on a tweet, Radhika Tongar, one such Twitter user wrote: “How is one supposed to get (the) second Covaxin dose considering no slots are opening for it. And as far as I know, the window for it hasn’t been revised too. What happens when my 42 days get over soon? [sic]”

Vikram Garg, another Twitter user wrote, “…Opening Cowin site five times a day for the last three days, every slot is booked in Delhi, Noida and Gurgaon. No slot available, neither free nor paid. No point in dose 1 if dose 2 is not available. [sic]”

Meanwhile, AAP leader Atishi on Monday said: “Vaccinations are happening for the youth in Delhi only at private facilities at higher rates. There is no commitment from the Central government on vaccines for youth. According to the Centre, the first instalment will come on June 10 and only 5.5 lakh vaccine doses for the youth in the next month. We need 50 lakh more doses for them in Delhi. We appeal to the Centre to give more vaccines.”