Man decides to help needy soon after recovering from COVID-19 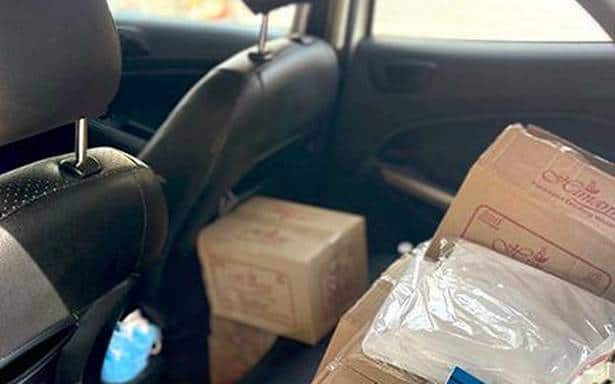 IT professional turns his car into emergency response vehicle, uses savings he kept for trips that he could not make last year

In the first week of April, 33-year-old Himanshu Nagia contracted COVID-19 with mild symptoms. After recovering in two weeks, he decided to extend support to the needy at a time when the pandemic was raging.

Mr. Nagia, resident of East Delhi’s Krishna Nagar working at a Noida-based IT company, has two kids, wife and a 60-year-old mother living with him in their multistorey residence. However, for 20-odd days, the man almost stayed in his car which he had turned into an emergency response vehicle.

“The thought came to me when a neighbour called for help. He needed oxygen cylinder for his sister-in-law and to arrange for the same, we went to Rajouri Garden gurudwara where I realised that there were so many people who were coming in rickshaws and autos. So I thought I can try helping them using my vehicle,” he said, adding that he visited a gurudwara in Geeta Colony who was helping people with oxygen at the time and told them he would be willing to help anyone with transportation as not everyone could afford an ambulance.

“I had just recovered from COVID-19 and doctors said that I would have enough antibodies for the next three months so I made use of it”.

On April 26, Mr. Nagia received his first call to help transporting a patient from Krishna Nagar to Guru Teg Bahadur Hospital. He recalled how he wore a PPE kit and created a cabin in his car as a precautionary measure and helped the person.

In the next few weeks till May 20, he helped 23 people with transportation apart from helping people and also learnt how to use the oxygen flow meter which is used along with the oxygen cylinder to set the flow.

For the last week and a half, he hasn’t received any desperate calls except for ration but he continues to visit Seemapuri cremation ground to help with the last rites of unclaimed bodies.

At work, he said that his clients are usually from the U.S. and the U.K., therefore, he used to manage at night and sometimes, only rarely during the day. “My office has been supportive. There was an instance when I had to drive a person and I had a client call. I requested them for 10 minutes silence,” he said.

Talking about keeping his family safe, he said that he didn’t come in direct contact with his children or mother because they have never contracted the virus so far. The house if big enough to maintain distance. “For 20 days which were very dangerous, I used the washroom in our parking and now, when I go home, I bathe in sanitiser and wear a double mask even inside the house,” he said.

A colleague of Mr. Nagia’s said that he helped her at 10 p.m. with oxygen cans when she was in dire need for her brother-in-law.