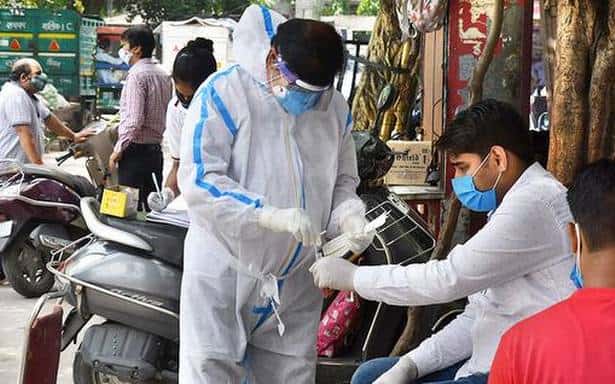 The downward trend in COVID-19 cases continued with 576 new cases being reported in the last 24 hours, taking the total cases to 14,27,439, according to a health bulletin released by the Delhi government on Wednesday.

The test positivity rate (TPR) fell to 0.78%, which means that less than one person out of 100 people taking COVID-19 tests are now positive for the virus.

The TPR was 0.88% on Tuesday and this is the third consecutive day in which the figures are below 1%. The TPR was as high as 36% on April 22 and has been coming down since then.

Delhi has been facing a shortage of vaccines and free vaccination for the 18-44 age group has not been happening in government schools for over about 10 days now, as per an official bulletin.

“Delhi does not have vaccines for the youngsters between the age of 18-44 years. This is a segment that wants to get vaccinated. Even now, the youngsters are being administered the vaccines only in the private hospitals. This is a matter of concern for the youth. Those who had got vaccinated in the first week of May, have to get their second dose soon,” AAP leader Atishi said.