The lingering wave – The Hindu 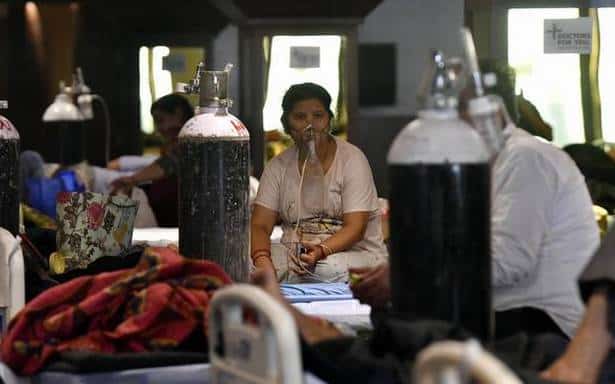 The number of infected patients has come down, but not quite those in ICU and on ventilators. Doctors cite “overwhelming” number of moderate and severe patients during the relatively short second wave as reasons for continuing occupancy of ICUs

The second wave of the pandemic has nearly passed on, but the havoc it wreaked still remains. Cases are dropping by the day, from five-digit figures in the middle of last month, it has slipped to three digits by the middle of June. Yet, nearly 1,300 patients are in need of intensive medical care at hospitals, according to Delhi government records.

Worryingly, every second patient occupying a hospital bed in the Capital is recovering from severe repercussions of the virus infection on their respiratory system. The pattern of prolonged recuperation period, according to doctors, is as “difficult” to predict as its outcome.

However, while the number of occupied non-ICU beds fell to 941 from 6,481, as many as 1,288 ICU beds were still occupied at the end of the 21-day period compared to 5,222 on May 20. A dovetailing of non-ICU and ICU hospital bed occupancy during the second wave reveals that, on average, COVID-19 patients recuperating on ICU beds constituted over 56% of the total patients every day during the 21-day interval in Delhi’s hospitals.

Doctors cited two reasons. One was the “overwhelming” numbers of moderate and severe patients who turned to city hospitals during the second wave. Besides the wave was shorter, though lethal, compared to the first, which peaked in November last year. Even during that time, it took about three months for most patients to be discharged from the ICU, says B.K. Rao, Chairman of Critical Care Department at Sir Ganga Ram Hospital.

“After the first wave peak in November, most of the ICU patients could be discharged in the following three months,” Dr. Rao said.

Many have yet to recover from post-COVID infections. “Some who have been tested negative continue to be hospitalised as they have yet to recover from lung condition caused by it. Patients who have turned negative are shifted to the non-COVID ICU. These patients are either requiring ventilator support or high oxygen support. It is difficult to predict their recovery pattern and their outcome at this point,” he says, adding that the number of moderate to severe COVID patients who came to the hospital was overwhelming during the second wave.

Sumit Ray, Head of Department of Critical Care at Holy Family Hospital says it is a general trend that after the peak, most admitted in hospitals will be in ICUs.

“What happens after peak surge is that a lot of patients with severe lung damage stay on ventilators for a long time. Irrespective of the waves, it is true across the world. When the numbers dip, most of the people in hospitals will be in ICUs. People going to the ventilator will stay on the ventilator for four to six weeks. That is why currently more than one-third of the total patients are in ICU beds with ventilators,” Dr. Ray points out.

Precisely for this reason, the number of people in ventilators won’t fall at the same rate as the cases. Besides, the total number of people who tested positive was high during the second wave. Automatically, there would be more severely infected people.

“Even during the first wave, when the cases were peaking, we had said that the ICU bed requirement would go up a little later. Initially, we needed more oxygen beds and casualty beds, but later on, we will need more ICU beds and ventilators. Evidence in literature across the world supports this. It has nothing to do with the first or the second wave. This is what happens in COVID,” Dr. Ray added.