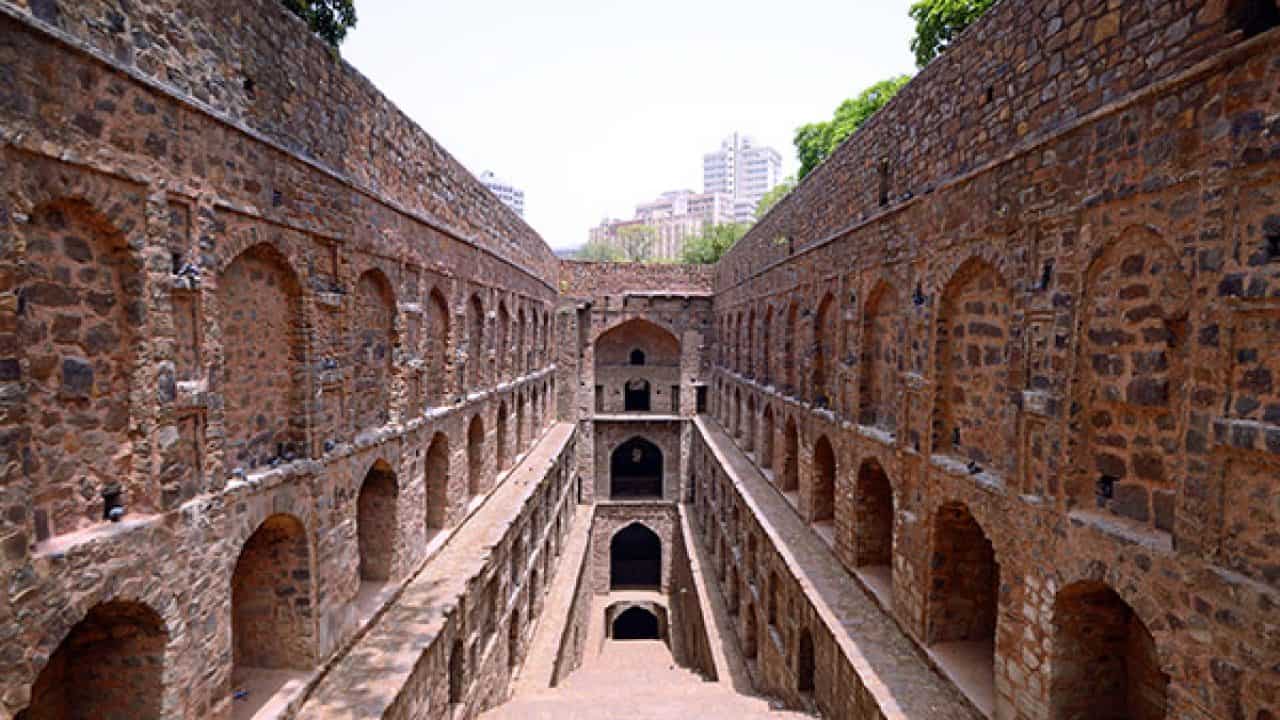 Ugrasen Ki Baoli also spelled as Agrasen Ki Baoli is situated on a narrow lane named Haily Lane on the Atul Grove Road which was formerly known as Haily road that cuts across the Kasturba Gandhi Marg or Road very close to Connaught Place and accessible by local transport and metro rail with Connaught Place Metro Station as the nearest link. You can de-board here and easily walk up to this Baoli. It is also situated at a short walking distance from Jantar Mantar Observatory.

The name ‘Baoli’ is also known as ‘Bawdi’, ‘Baori’ sometimes spelled as ‘Bauri’ in the Hindu language and derived from a Sanskrit word called ‘Wapi’, ‘Vapika’ or ‘Vapi’. In the States of Gujarat and Rajasthan, ‘Steps well’ are known as ‘Baoli’, ‘Vav’, ‘Vavadi’ or ‘Vavdi’ seen in Temples usually built during the ancient period as reservoirs. A few of these Baolis are even known to date back to the Indus Valley Civilisation period.

Ugrasen (Agrasen) Ki Baoli is another ancient steps well constructed by King Ugrasen who was the forefather of the famous Aggarwal community. It has striking features and design layout that resembles both the Tughlaq and Lodhi dynasty of style and architecture and may have probably existed even before the Tughlaq reign and may have been rebuilt during that era. Built during the 14th Century AD, this Baoli is known to be one of the most stunning steps well ever built in Delhi and probably in the ancient times too adorned with rubble and stone dressed with inventive designs.

It is known that one of the oldest Baoli lies in Mehrauli in South Delhi called as the Anangpal Baoli also named as ‘Yoginipura’ that was constructed by King Anangpal II of the Tomar dynasty in the 10th Century AD. In 1132 AD, a very wealthy and generous Aggarwal Merchant named Nattal Sahu who was one of the Ministers in the Royal Court of King Anangpal III helped in rebuilding the Anangpal Baoli which is left unattended and absolutely dry today and seen in an almost dilapidated condition.

Though the historical record of Agrasen Ki Baoli is unknown, many do know that it was built by Maharaja Agrasen of the Mahabharata era and then rebuilt by the Aggarwal community in the 14th Century AD. This Baoli was reconstructed out of small donations of money, bricks and stones given by the wealthy merchant community of Dhilli (Delhi).

Ugrasen Ki Baoli is about 60 meters in length and 15 metres in width from ground level built with a stretch of long steps leading right to the bottom of the Baoli with over 103 steps seen perpetually immersed into the water of this deep well. The steps are flanked by a very thick wall made of stone that runs along three levels and each level is seen fringed with a series of arched structures. The lowest level is submerged in water while the other two lie above the water level and hence allows one to notice its beautiful architecture and designs.

On the northern end of the Ugrasen Ki Baoli, you will notice a steep well and towards the western end lies a small mosque with three arched opening leading into the mosque built in the typical Mughal style of architecture. This small mosque is seen raised on a flat and solid platform supported by four pillars or columns made of red sandstone. The mosque has a distinct feature seen with intricate carvings of motifs and medallions. The entrance of the Baoli once formed a distinguished feature of the area but has disappeared through the years probably due to modernisation and encroachment.

The Ugrasen Ki Baoli used to serve as a sports destination in the olden times but today it also brings respite to many especially during summers for swimming. You will also notice plenty of clothes spread out on the arches of this well. Today, this Baoli is deemed as a protected monument under the conservation and preservation of the Archaeological Survey of India (ASI).