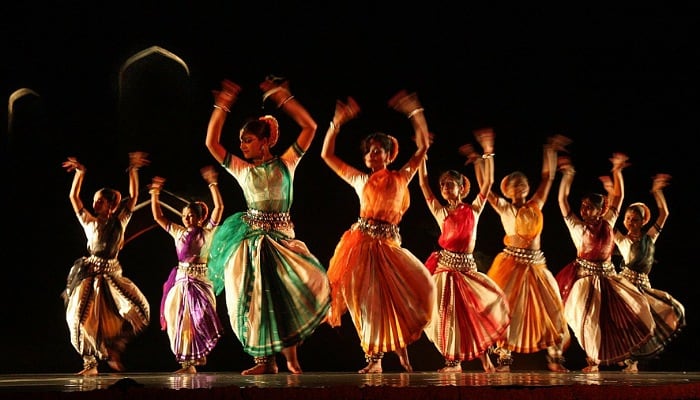 Delhi, as you would agree after reading the History does not have its own unique culture or identity. The art and culture seen are main influences from the diverse artists and craftsmen that have settled in this city through centuries and thus the city boasts of its rich art heritage and certain values seen in their lifestyle, art, craft, music and demography. Since it is the capital of India, it homes many art galleries and cultural programmes and events that marks the uniqueness of this city and enhances its attraction.

More About Delhi’s Culture and Traditions

Art and culture have a strong influence over Delhi since the period of Mughal reign when art like intricate carvings, architectural designs and paintings were priceless and worth seeing. The Mughals would invite Persian artists to weave their Palace carpets and craft Metal into beautiful shapes and structures.

Mughal Palaces like the Matia Mahal in Shahjahanabad now called ‘Old Delhi’ is seen with a collection of masterpiece craftsmanship in the Pahadi Bhoja section with other shops selling fashionable jewellery made in exquisite designs owned by the decedents of ancient artists who specialised on the skill of ivory crafting but after ivory was banned by the government, these artistes use buffalo and camel bones as alternatives.

Gold thread embroidery is another popular craftwork called ‘Zari Zardozi’ mostly seen on Silk and Velvet clothing into which these skilled craftsmen sew complex and intricate designs that adds more value and price to these clothes. Thin silver threads are also used for embroidery work nowadays to add more shine and colour to the clothes. Other unique workmanship of these artistes seen even today in the Matia Palace is to beat silver into extremely thin sheets that are used over sweets and pan. Other work of art are pottery designing, wooden toys sculpting, Kite making and polishing work which still exists around Old Delhi. A lot of Handicrafts are sold at Dilli Haat, Craft Museum in Pragati Maidan and State emporiums in Baba Khadak Singh Marg near Connaught Place.

Another very famous work of craft during the Mughal era is called ‘Meenakari work’ where coloured paint is embossed on Gold and Silver to give it the look as if a precious stone has been embedded. Lacquer craft work on bangles where tiny pieces of colourful glass are embossed into the Bangle and the border are covered in Golden colour or pure Gold are still very popular amongst women. Incense sticks made of perfumes or brass is also a popular craft work of the Delhi artists. However, due to the frequent change in dynasties and colonial rule along with instabilities, these craftsmen were forced to migrate to Rajasthan while lacquer makers migrated to Hyderabad and some chose other professions as their option.

Even today, Delhi has preserved those numerous unique and exquisite art and craft work of those ancient artists in Galleries for people to admire. The National Gallery of Modern Art, Lalit Kala Academy and Sanskriti Kendra are a few but main art and craft centres in Delhi.

The Lalit Kala Academy studios were designed in the form of the art city in Paris and are called ‘Garhis’ while the Sanskriti Kendra at Anandgram that spreads over 8 acres in area with lodging facility homes artists and craftsmen who interact and work with each other in order to improve and enrich their own skills. In both these centres, the craftsmen stay in huts while scholars work in workshops, studios and auditoriums. If you want to catch up with the cultural events then October to March are the best months to visit these galleries and auditoriums where cultural programmes like classical music, dance performances and art exhibition are displayed for public viewing.

Dance and Music are other form of cultural events greatly enjoyed in Delhi. Classical music including Indian Carnatic music and Ghazals and dance forms like Bharatnatyam, Odissi and Kathak etc. are all performed by famous artists. These entire programme details are published in newspaper for public convenience. FICCI, Kamani, Chamber theatre, Siri Fort auditoriums and Pragati Maidan auditorium are a few famous venues where these cultural programmes are held. International drama like translated European plays are also performed and other forms of Drama and Plays are organised every year only to encourage and promote Delhi Culture.

However, in addition to these classical events, Delhi also has many clubs, pubs and Discotheques in Hotels, Gurgaon and Noida where you can spend your weekends with friends. A cover charge and entry fee has to be paid for couple entry both 25 years of age or above along with identity proof, appropriate dressing and no action or sports shoes allowed which means entry for a single person is not allowed; however, if you are a guest staying in these five-star Hotels then entry into their clubs is free but only for Adults.