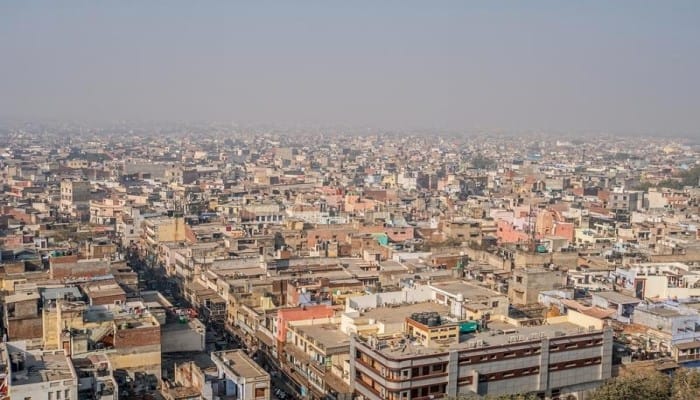 Delhi, the capital of India also spelt as ‘Dilli’, is a metropolitan city located on the banks of the Yamuna River in the Heart and the Northern region of India and known as the ‘City of Dilwalas’ or ‘City of People with a Heart’ due to its vibrant culture, different religious sects and a mixed bag of traditions. Its strategic location, fertile soil and diverse cultural facets where the past and the present fuse cohesively that delivers a rich character which makes this city the most preferred tourist destination in India and worth exploring, leaving you with some great memorable experiences.

Post independence in 1947, New Delhi was declared the capital of India and the seat of the Government and houses numerous administration offices, federal government offices and the main Parliament of India and the Residence of the Prime Minister and President of India.

Delhi is the world’s eighth-largest metropolis and called the National Capital Territory with nine revenue Districts which consists of Central Delhi, North Delhi, South Delhi, East Delhi, North East Delhi, South West Delhi, New Delhi, North West Delhi and West Delhi, each headed by a Deputy Commissioner and also includes Noida, Greater Noida, Gurgaon, Faridabad and Ghaziabad as a part of Delhi. Over the years, the city has been filling up with immigrants and expatriates from all over that has contributed to its rapid urbanisation and development and made it a high average income state.

Delhi is known for its Heritage, Historical significance and rich architecture given the fact that it was once ruled by numerous Empires since the 6th Century BC and owning to such a diverse past, it is but obvious that the city is a major multi-linguistic, multi-cultural, political and commercial hub of India dotted with ancient and World heritage Monuments, Minarets, Tombs, Havelis, Palaces, Lakes, Forts, Cathedrals, Mosques and Temples making it the most visited holiday destination in India.

It is still unsure as to how the name ‘Delhi’ originated; however, it is said that the Mauryan King named ‘Dhillu’ or ‘Dilu’ had built this City in 50 BC and hence was named in honour after him. Another eponym states that the city was derived from a Prakrit word ‘Dhili’ which means ‘Loose’ after the foundation of the Iron Pillar built by King Dhava became loose and had to be replaced by the Rajputs and another states that city was named after the coins named ‘Dehliwal’ which were distributed and used during the Rajputs’ Reign. The other version has that ‘Dilli’ is derived from a corruption of ‘Dehleez’ or ‘Dehali’, which means ‘Threshold’ for being the symbolic Trade route and Gateway between Northwest India and the Indo-Gangetic Plains when it emerged as a major commercial capital during the Delhi Sultanate while others say that Delhi was originally named as ‘Dhillika’.

As many would call Delhi the ‘land of snake charmers’ and ‘magicians’, it is essentially due to the way it has been portrayed to the world which might be relevant to a certain extent as many Hindu devotees worship the ‘Nag’ Lord and Lord Shiva who wraps himself with a snake or be it Lord Krishna who sits under a seven headed snake Lord and plays his flute; hence, the snake is seen as a focal point of the Hindu religion but this city has more to offer than snakes and magic tricks. It has many stories to tell especially after it was destroyed and rebuilt seven times through the course of History and has seen its share of sorrow, felt pain and also experienced elated joy when it celebrates the Republic Day and Independence Day that reminds us of the valour and pride of our Military forces who were martyred and the bygone saga that makes us feel proud that we are a part of this wonderful Country.