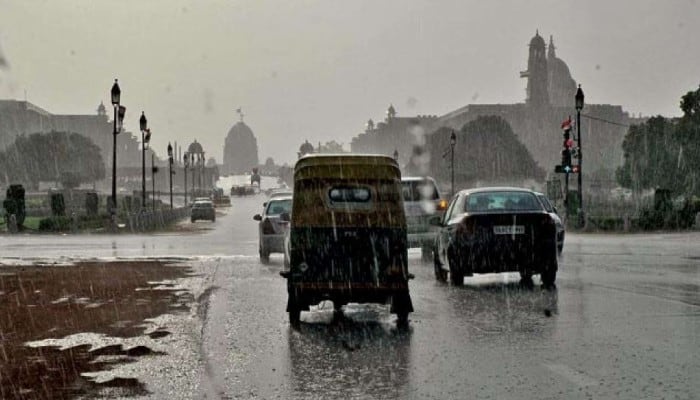 Delhi experiences extreme weather conditions with subtropical humid climate ranging from extremely hot and long summers to a short monsoon and autumn, extreme cold winters and a short pleasant spring season. Though monsoons are very unpredictable, you will sometimes witness only a few spell of rains and sometimes it can stretch for 1-2 months raising the flood line of the Yamuna River. Summers can bring the hot loo or hot waves that are carried from the Rajasthan desert while winters is very cold due to the city’s close proximity to the Himalayan ranges especially during snow fall season around J & K, Shimla and Uttarakhand and the Yamuna River water body; hence, all these factors and surrounding areas modulates the temperature of Delhi and sometimes called the Continental Climate.

The average temperature of Delhi in summers ranges from 41°C to 27°C. It starts rising from mid April and hits the peak temperatures of 41 – 45°C beginning mid May to mid June and then tapers down to 40 and 37°C by July and further dips till the monsoon arrives bringing some respite to the population. The summer is not only hot but humid especially when it is close to monsoon season and sometimes a very dry weather when the wind direction reverses and the hot loo blows accompanying sand particles and dust from Rajasthan desert. Most people stay indoors to avoid heat strokes and dehydration.

Monsoon arrives in Delhi from mid July but nowadays it arrives by August and last till September. Though it does not receive continuous showers for days like the coastal areas, it does rain only for 1-2 hours continuously and at an interval gap of 2-3 days; hence, during the days when it does not rain the humidity and heat shoots up which makes it unbearable at times. The average rainfall that the city receives is 714 mm.

The advent of autumn sets in from October to mid November when monsoon stops and one sees a more reasonably and yet a little pleasant weather which is bearable compared to the humid period.

Winter in Delhi is comparatively very short than the summer season and sets in from mid November when it is a bit tolerable and light woollens will do the job; however December and January sees extreme cold when you really need heavy woollens, caps, gloves and mufflers along with a room heater to keep you warm. The cold waves travel from the Himalayan ranges and the chillness from snow fall regions of Uttarakhand and Himachal Pradesh that makes the winter months really nail-biting cold and especially unbearable at night with temperatures substantially dipping to a low 3 to 4°C. A few years ago, the temperature in this city recorded a very low 0 degree C and it saw a very small patch of snowfall at night which melted by the early afternoon hours but that was a very rare and one in a lifetime occasion; However, Fog and Smog does set in every winter from late nights to early mornings making visibility very poor; hence, it is not recommended to drive during those hours. On the flipside, this season makes it the best time to visit Delhi as it does offers sunny and pleasant afternoons with an average temperature of 25° C maximum allowing visits to the tourist sites enjoyable unlike summer afternoons which makes enjoying impossible. Tourist can enjoy Bonfire at night along with evening barbeques.

The climate of Delhi transitions from February with the onset of spring when temperatures are a pleasant 27°C to 10°C staring from mid February till the end of March with sunny mornings and afternoons and frosty nights.

For tourists and travellers, the best time to visit Delhi is during the autumn season from October to November and spring season from February to March offering sunny afternoons and pleasant nights when you get to witness greenery and the city comes alive after a cold winter and makes for the advent of colourful spring festival at Surajkund held every year beginning 15th of February, the festival of flowers called Vasant Panchami and the festival of colours called Holi usually held in march.